Our Habitat ReStore Supports Our Mission

Our Restore is owned and operated by our local affiliate.  The proceeds generated are used right here in our local community!

Why Habitat ReStores are unique
If you’ve been to more than one Habitat ReStore, you’ve probably noticed that, unlike many home improvement stores, ReStores all look different. The stores have different layouts and stock different items. In fact, if you’ve visited the same store more than once, you’ve probably noticed that the items for sale change from day to day – or even hour to hour.
This individuality is what makes Habitat ReStore unique. Since the Watauga Habitat ReStore is run by us, it is specifically set-up to best serve our area. There’s no one-size-fits-all mentality here; every Habitat ReStore knows how to best serve their specific community.
How you can help Watauga Habitat ReStore
Inventory changes often  because much of the merchandise for sale comes from donations; what is for sale is based on what is donated. If you have been cleaning out your garage or are looking to replace your gently used furniture,  the ReStore may be the place for you to donate the items you are no longer using. For other items you can donate, see our article on "8 Things to donate when renovating," and you can even check to see if you can have your donation picked up for free.
After donating at Habitat ReStore, stick around to do a little shopping. Just as your donations provide the items that we sell, your purchases provide the proceeds that go to provide decent places to live.
Habitat ReStores also are always looking for great volunteers to help in this process. Get in touch with your local Habitat ReStore today to see how you can help by shopping, donating and volunteering.
Posted by Watauga Habitat for Humanity at January 30, 2018 No comments:

Looking For a Few Good Kahunas!!

Boone (January 16, 2018)   Watauga County Habitat for Humanity (WCHfH) is celebrating a new year by planning the 4th annual Big Kahuna fundraising competition in the spring of 2018.  WCHfH is currently looking for campaign contestants.  Letters requesting participation have been sent to many community leaders.  There will be a maximum number of Kahuna Contestants.
Since 2015, this fundraising campaign has collectively raised over $110,000, enough to build an entire Habitat for Humanity home.  Past winners include Linda K. Robinson of Premier Sotheby’s Real Estate, Justin Davis of Town Tavern Blowing Rock and Jenny Miller, Community Volunteer.  Joining this friendly competition is a great way to show your support for Habitat’s work in Watauga County, and participants are encouraged to compete as representatives of their businesses.
The Big Kahuna contest will kick-off on March 1st and the winner will be crowned at the “Don Ho-Down” in mid-May.  Contestants can organize and host various events to raise money during the competition period—for example, hosting a cocktail party for friends or donating a percent of proceeds from your business.  If a birthday or anniversary falls in that time-period, you can ask friends or family to donate to your campaign.  The ideas are limitless, and the Watauga Habitat staff will be behind you all the way, coaching and promoting all you are doing.


Those interested in joining the 2018 Watauga County Habitat for Humanity Kahuna Campaign should contact Director of Development, Allison Jennings at 828-268-9545 ext. 104 or allison@wataugahabitat.org.

Posted by Watauga Habitat for Humanity at January 16, 2018 No comments:

A Time to Build 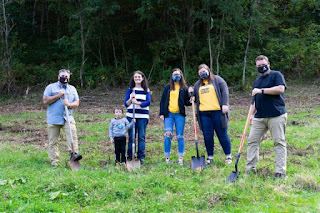